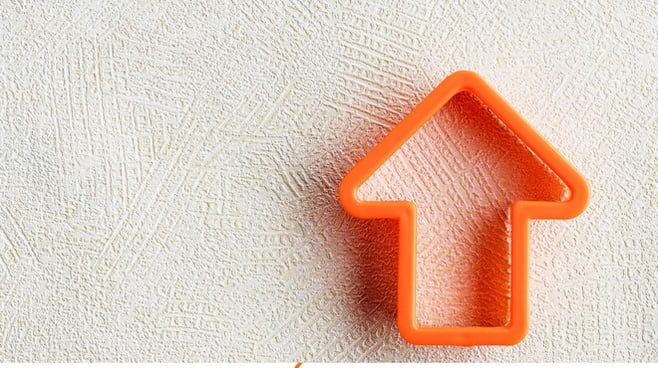 Where B2C brands lead, B2B follows. (As much as we may hate to admit it.) And for a while now, B2C brands have changed their influencer marketing focus - tapping into their internal sources of influence alongside the expensive traditional influencer “pay to play” route.

Just look at the Sephora Squad. Or how a Sherwin Williams employee showed that while watching paint dry may be used to describe all manners of dullness, mixing paint can be a different matter entirely with a little creativity.

(The fall out and wasted opportunity by the employer is another matter for another post, which we cover here.)

So why the change? And why should B2B brands take note and begin focusing on building not just employee influencers but employee advocates?

From Macro To Micro To Nano Influencers

“About two or three years ago they started talking about micro influencers...Now it’s moved from micro-influencers to nano influencers.”

Influencer marketing strategies have evolved as we’ve come to realise that, when it comes to followers, quality over quantity wins again. While someone with 1 million followers undoubtedly has a lot of influence, they may not drive the level of engagement - or the right kind of engagement - that turns likes into action for brands.

As Neil Schaffer told us in our Campfire Chat, two or three years ago we moved from macro to micro influencers - those with 5k to 1k followers - and now we’re seeing the rise of the nano influencer.

Nano influencers may only have 1,000 to 5,000/10,000 followers but they've built a following based on niche interests, which means that when they post something to their network, it’s much more likely to be relevant to exactly what is happening in their life right now. And smaller following creates a sense of community, instead of being one of the masses.

65% believe that it’s unethical for influencers to share a brand they’ve never purchased themselves.

Before the modern-age influencer, we had celebrity endorsements and now influencers face one of the same criticisms: genuineness.

When influencers are paid to play, naturally it begs the question: Do they really use the product or service? Are they just promoting it so they can get paid?

There’s been a growing backlash against influencers, with calls for them to be more transparent and ethical in how they promote brands.

When employees become influencers, it’s much more genuine. They reach that level of influence because they are sharing what they are doing day-to-day or the knowledge and experiences they’re gaining when working for that brand.

Buyers prefer to do business with people that share the same values as them (and that includes repeat customers).

B2C influencers are increasingly expected to work with brands that share the same values as them and their audiences. And even though B2B buying decisions may be less emotions-driven than B2C purchases, the same applies - buyers and customers prefer to do business with those who share their values.

Employee influencers have an edge over traditional influencers here. They’re online billboards for how you live and breathe your brand values daily. So if your company does much more than pay lip service to your values it can give you a significant competitive advantage.

How To Identify Your Employee Influencers

If you’re keen to get started with your employee influencer strategy, here are questions to ask yourself when identifying potential candidates:

1. Look for employees with 1,000 followers or more on LinkedIn or Twitter. They’re already showing promise.

2. Do they have niche expertise? Do they get asked to speak at seminars or events? Do they garner numerous referrals for their specialised expertise? Or are they someone everyone turns to internally for advice on that topic?

3. Are they engaging with others on their preferred networks? This shows they already understand the importance of two-way authentic social conversations.

4. Are they enthusiastic to learn more? This is essential. Yes, you may need to communicate the benefits of becoming an employee influencer but it will never work if you drag people into your program.

Of course, building employee influencers really is the next natural step from a successful employee advocacy program, which takes people through the 9 Stages of Employee Social Maturity. Depending on their starting position and enthusiasm, employees can reach the holy grail of Thought Leadership and then Influencer status. IF they wish to do so! 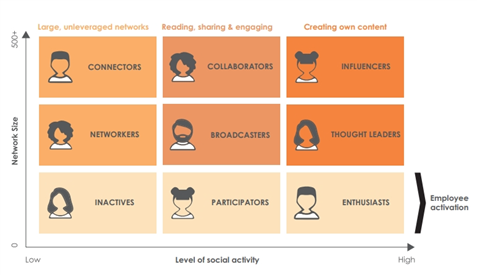 Want to discover more about leveraging your employees to become influential with customers and buyers - and the case studies showing you to put these strategies into practice?

Then you’ll want to watch our Webinar: How To Increase Awareness, Credibility & Trust Through Employee Advocacy & Influencer Marketing co-hosted with Onalytica. 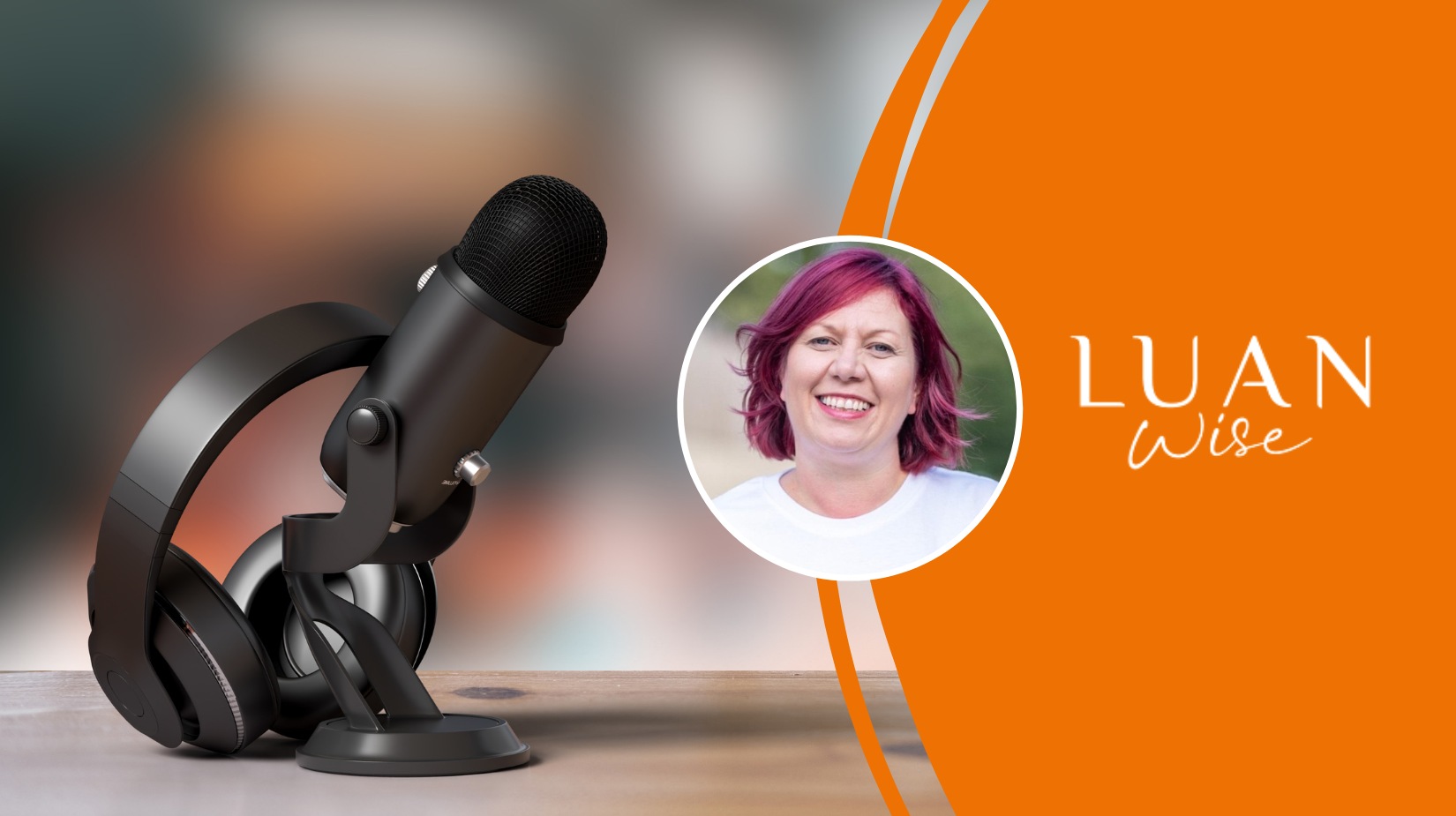 Why Social Media Is Not Just For Gen Z 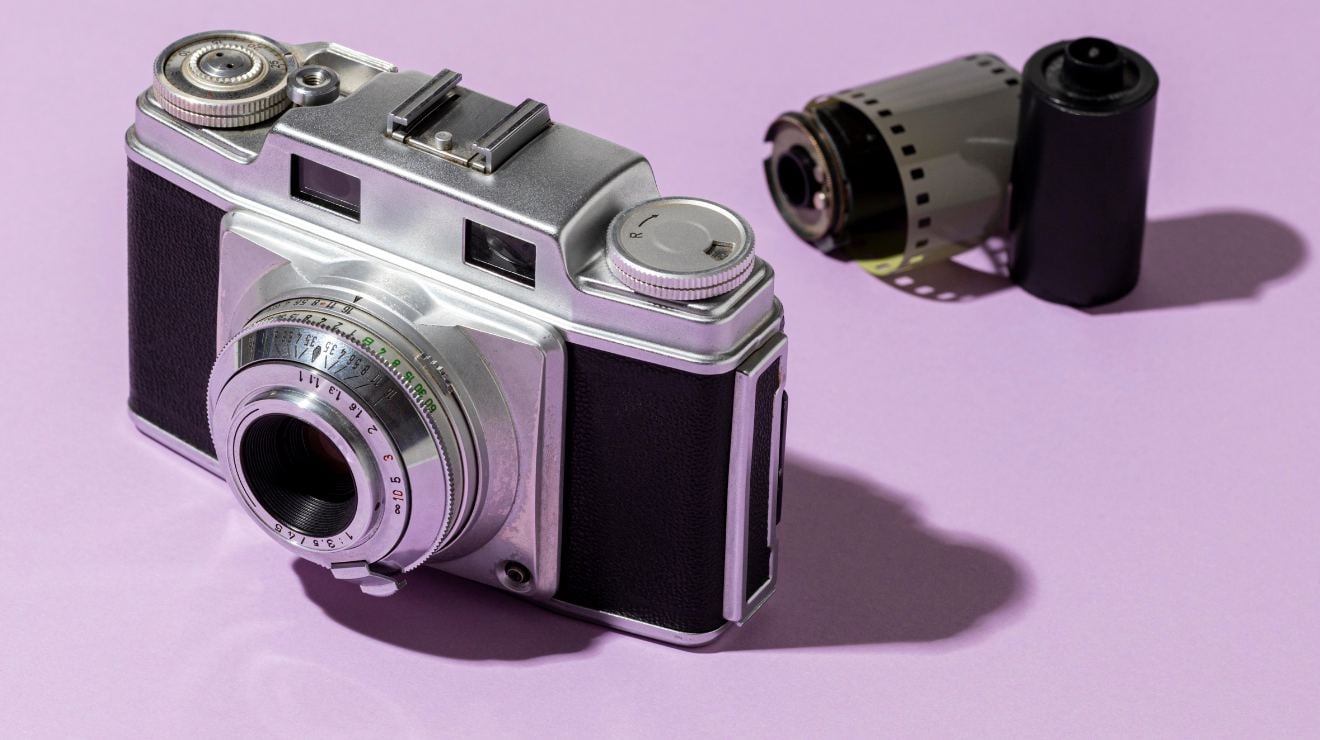 8 Tips To Ensure Your LinkedIn Profile Picture Stands Out