Ahead of the holiday season where thousands of hires will be necessary to cope with the Christmas orders, Amazon decided to fight the negative headlines on poor working conditions with a tactic which has raised eyebrows.

Earlier this year, journalist James Bloodworth went to work undercover at Amazon to find out what it’s like to work for the world’s four largest organisation by market cap. What he found was utterly shocking: according to him employees are given disciplinaries for going to the toilets, taking days off due to sickness (even with a notice from a doctor), and some even resorted to urinating in bottles just to keep up with the unrealistic productivity targets. He described the punitive management style as also one of fear and exploitation where some of the rules ‘can’t not be broken’.

Bloodworth’s first-hand experience confirmed other findings from worker rights platform Organise, which found that 74% of Amazon workers avoid using the toilet for fear of missing target numbers, 55% have reported suffering from depression since starting their job and 81% said they would not apply at Amazon again. 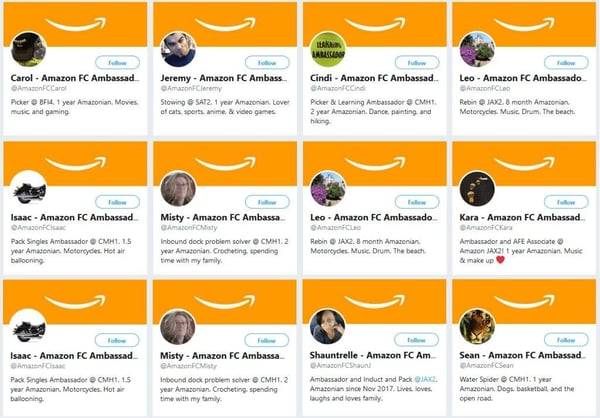 What did Amazon do?

Amazon asked a small team to switch from warehouse work to a full-time position as a Fulfillment Center Ambassador.

Their new job is simple: share happy tweets from the warehouse, contradict Amazon’s detractors and tell the world how blessed they are to have Amazon as their employer.

Phil, Jeremy, Shauntrelle and the 11 other ambassadors have their ties to Amazon prominently displayed on their Twitter profile. All of them have their ‘Amazon FC ambassadors’ in their name, all of them have a link to visit a fulfillment center in their bio and all of them dedicate the vast majority of their tweets on hijacking conversations to advocate for their working conditions. In fact, they’re so alike they were mistaken for bots at first. 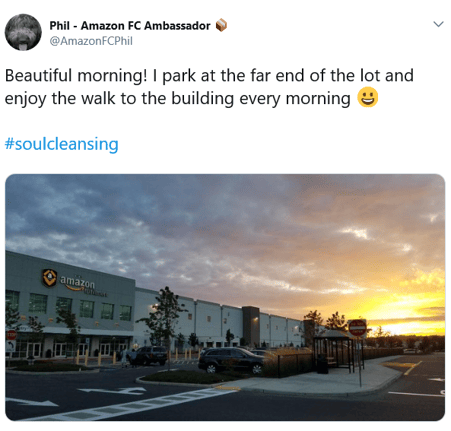 It gets worse. Having been in the scheme, a former Amazon ambassador told Yahoo Finance that in return for his tweets, he received “a paid day off (that expired in 3 weeks lol) and a $50 Amazon gift card. Plus, they gave us lunch. Cold cuts and sandwich bread.”

Now why Amazon thought people would buy into it is beyond me, but let’s get something right: paying employees to say nice things about their employer company is NOT what employee advocacy is about.

What is employee advocacy?

Employee advocacy is about looking after your staff, and empowering them with the training, time and care they need to love their job, feel safe at work and excel in their career.

The power of employee advocacy is in its authenticity. While CEO and marketing messages paint the usual rosy picture about workplace conditions that no one really believes in, from an external point of view employees are perceived as the most trustworthy source of information to talk about their employer with honesty and integrity. If employees are seen regurgitating the HR manual online, that authenticity is gone - and don’t think for a second people don’t see through it.

Advocacy from your employees has to be earned. Whether it be online or offline, if you want your staff to share happy messages about you, start off by being your employees’ best advocate, and then maybe, just maybe, they will return the favour.

As for Amazon, the Bloodworth story and all the reports on employee (un)welfare can only encourage Jeff Bezos and his teams to pursue their efforts on automating the warehouse work. After all, robots don’t need toilet breaks. 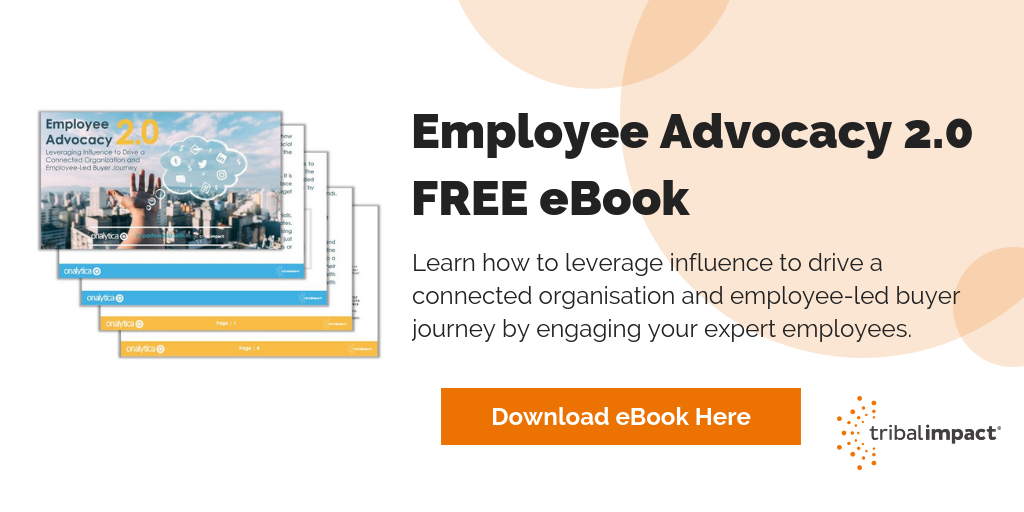 How To Optimise Your LinkedIn Profile 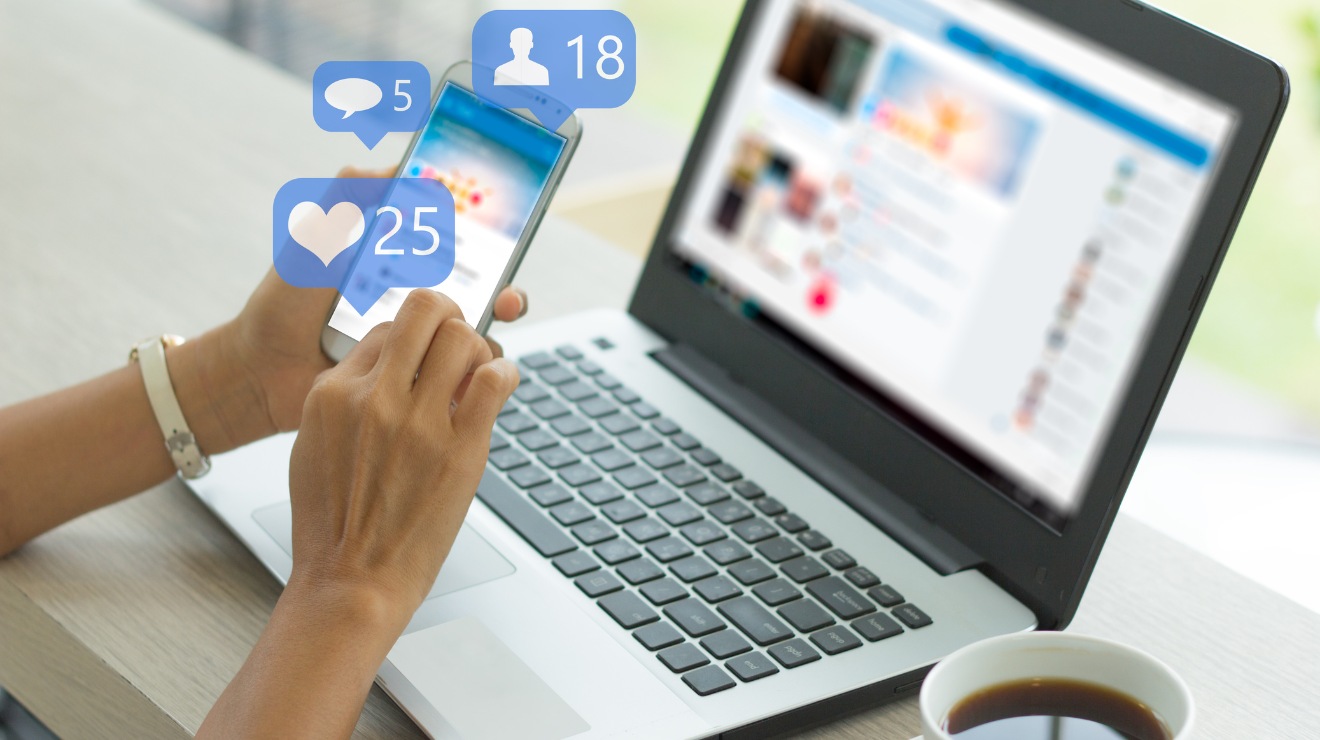 Want To Persuade Employees To Become Active On Social Media? Focus On These Employment Trends