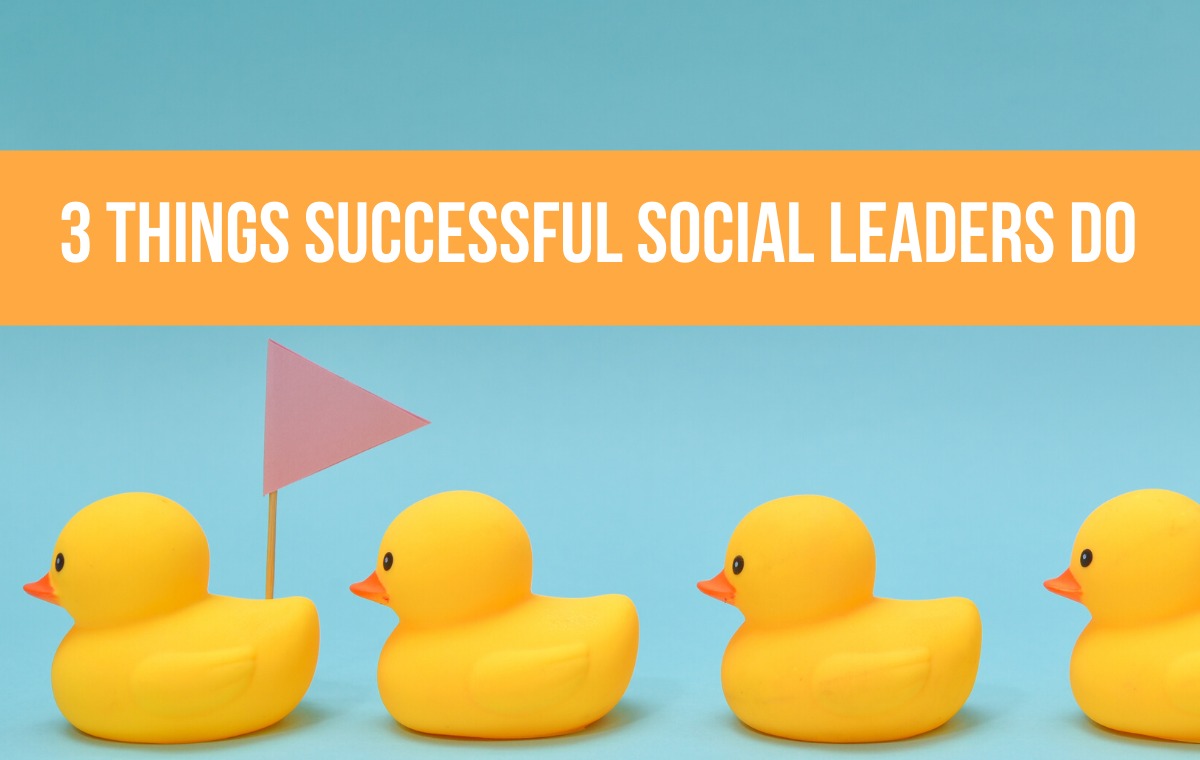 Technology is like a new currency. It buys us information, access, visibility and more. There’s very little we can do in our day to day lives that isn’t, in some way, involved with tech.

When it comes to business, the transformation over the past 30 years or so is immense. A major enabler, technology has revolutionised how we operate; it’s given birth to a whole new sector in social, online and app-based businesses and it’s also changing the way we interact with others.

So, if technology is so all-powerful, why are many of our leaders not willing to up their game and get on board with it?

We looked at some of the greatest social leaders and why they are so successful online and off.

Ryan Holmes, CEO of Hootsuite captures what’s happening with members of the C-Suite who are willing to dive in to the world of social: “The reality is that social leaders don’t have a social net” he explains, “the occasional slip-up is par for the course. We all make mistakes, after all. What sets true leaders apart is their willingness to own them.”

It’s nearly 2020 and you can bet the topic of vision will be a popular one for the copywriters. But the social leaders who shine didn’t need to wait for a pun to look to the future. They spotted some time ago that this was a trend with staying power and they were able to adapt.

The thing with social media is that it directly challenges what we know and understand to be leadership (or to be ‘in charge’). The established power dynamic is that the CEO is protected from the small stuff; shielded from disgruntled customers or employees.

But, hey we’re no longer in the Victorian age of managers’ offices at the end of the long corridor. Being active on social media means having horizontal collaborations, unscripted conversations, which might carry more perceived risk, but which actually put a leader far closer to the pulse of his business than any management report can. Social media is actually the quickest route to unfiltered, honest opinions and reality.

Think about some of the most visible CEOs: Richard Branson personally checks social media channels each morning; Air Asia’s Tony Fernandes has 1.5 million Twitter followers and gained considerable praise for his open approach to the loss of one of his aircrafts in 2014. Microsoft CEO, Satya Nadella, has been lauded for his personal account of struggling with his son’s cerebral palsy. In the time he’s been at the helm, the tech giant has seen its market cap leap by $250 billion.

Being visible – in an authentic way – brings definite benefits. According to Forbes report on the top 50 socially engaged companies, brands such as Amazon, Google and Starbucks are leading on engagement and subsequently growth, with annual growth rates of between 11% and 27%.