Are you ready to embrace Audio Social Media in the B2B space?

Since I last wrote my blog on Clubhouse, there has been an invasion of social media platforms developing and launching their version of an audio feature. Fortunately for us, it's all about learning what they all offer and how we can include audio sessions into our marketing strategy.

Audio messaging isn't new, WhatsApp and Linkedin users can use the voice note feature to record short messages, but the ability to engage in a group is. Lockdown and isolation have certainly helped build up the hype. As of April 2021, Clubhouse is valued at $4 billion, but the number of installs is falling, and so are the number of minutes spent on the app.

That hasn't stopped audio features from being developed by other platforms. First out of the blocks was Twitter, with Twitter Spaces. Available on the app only, like Clubhouse, Spaces allows you to join a live room directly on the platform. Your followers will see an open Space session at the top of the timeline in the Fleets section.

While in beta, Spaces has been rolled out in stages; initially, only accounts that applied for access can host/create a room.  Twitter has now announced that anyone with 600 or more followers will now have the 'Spaces' feature.

Anyone can join a 'Space', as they are all open and public. Make sure you have an up-to-date version of the app, as the feature is being rolled out to all; it doesn't matter which operating system you have on your phone, IOS or Android. Clubhouse has begun testing with a small number of Andriod users, with a full rollout expected over a few months.

After initially being a big fan of Clubhouse, I prefer Spaces because of the integration within the platform.  Speakers don't have to build a new audience, and their credentials are there for new followers to see.

After testing out a Twitter Spaces session with the Tribal Team, here are my thoughts.

Being able to react to conversations using emojis is one of the subtle differences. Currently, only 'rock, paper, and scissors are the options. Reactions are perfect for getting involved without speaking, with the added bonus for the speaker knowing how the session is going.

The biggest stand-out feature is captioning; they are not perfect, but having the option means Spaces accessible to more users.

You have the option to chat to other listeners via the Twitter DM's, and you can share that you are currently live.

Who else is testing out Audio Features?

Facebook's audio offering 'Hotline' is in the beta testing phase. LinkedIn has also announced that they are also working on audio rooms. Reddit is currently testing 'Reddit Talk', with moderators only starting audio conversations within their subreddits. All users able to join a room, listen in and react with emojis. A list compiled by industry analyst Jeremiah Owyang shows that social audio companies are rapidly growing.

Benefits of being on a social audio channel.

Building a personal brand and networking are the main benefits for social audio platform users, but does it work for building a business brand? Well, that depends on the bigger picture; audio platforms are a great way to educate and nurture leads. Some have used audio to springboarded their way into becoming industry thought leaders. Being active on an audio platform is an effective way to build reputation and awareness. Audio platforms have created another way to tell your story and be authentic. There's a huge opportunity to connect and learn from others too.

How does this fit into your social media strategy? Is it a good fit for your business?  Figuring out what your audience wants to hear from you and indicating why they should listen is a start. It's perfect for talking to your audience and fuel your content engine in a relaxed way to engage with customers, prospects and peers.

As there are the two platforms currently available, it's easy to make comparisons, but for now, it's all about testing and learning about both platforms.

Social audio platforms are worth experimenting with, as audio will be around in some form; it doesn't matter which platform becomes the leader. It's about being in the right place for your audience. Besides, there's no need to pick a favourite just yet. 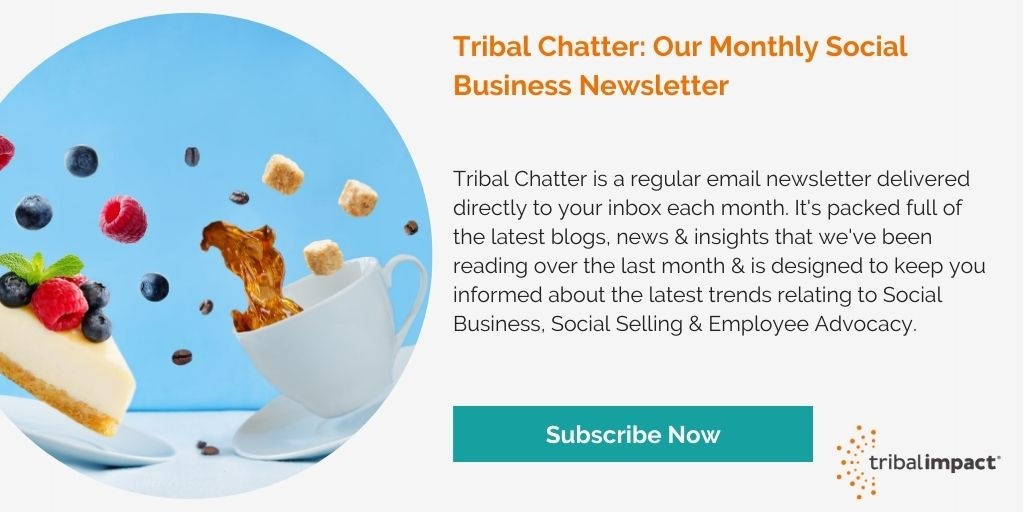 Top Social Media Tips for Attending Events [And What To Do After!]